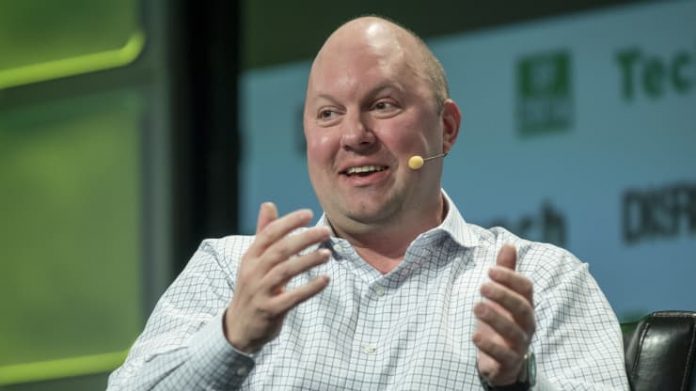 Venture capital firm Andreessen Horowitz will send several executives to Washington, D.C. this week to tell leaders on Capitol Hill and in the White House why they should regulate the next generation of the internet.

The firm, commonly known as a16z, is a major investor in crypto and other technologies that rely on decentralized models and make up what it calls web3. Anthony Albanese, chief operating officer for a16z Crypto, and Katie Haun, general partner and a former federal prosecutor, will be among the executives traveling to meet with government stakeholders this week, the firm exclusively told CNBC.

Though it would not disclose which officials the executives will meet with, the a16z Crypto team said those meetings would include “top leaders at the White House, executive agencies, regulators, House, and Senate.”

Andreessen Horowitz is storied VC firm in Silicon Valley that’s invested in successful tech businesses including Airbnb, Facebook, Lyft and Slack. The firm has announced three funds devoted to crypto and web3, totaling $3.1 billion, though it has not disclosed how much has been invested to date.

The team will promote Andreessen Horowitz’s vision for successful regulation of the next generation of the web. It laid out that agenda in a report released Wednesday, defining web3 as “a group of technologies that encompasses blockchain, cryptographic protocols, digital assets, decentralized finance and social platforms.”

Though policymakers are still grappling with the issues of Web 2.0, which is broadly marked by the rise of social networks, a16z believes that looking ahead can help solve those problems while preparing for future challenges.

“Web3 represents the alternative to a digital status quo that is frankly broken,” said Tomicah Tillemann, global head of policy for a16z told CNBC in an interview Tuesday. “Web3 is the alternative, it is the solution we’ve been waiting for. It is the response to the challenges that have emerged out of web2. And for that reason, it is absolutely critical that policymakers start to undertake the steps required to get this right.”

Tillemann, who told CNBC he owns cryptocurrencies, mostly in bitcoin and ethereum, pointed to current issues like industry consolidation and data breaches, which blockchain advocates say can be helped by the decentralized nature of the new technology.

In the agenda released Wednesday, a16z suggests these new technologies can offer a more secure digital infrastructure and advance economic opportunity. The report urges policymakers to create a national strategy for these technologies, determine appropriate regulations based on the risk of different types of products and consider collaborating across agencies to regulate from beyond just the Securities and Exchange Commission.

Tillemann said that someday it could make sense for a new agency to govern this up-and-coming class of technologies.

“In the short-term, there are agencies like the Consumer Financial Protection Bureau that are well suited to addressing some of the fraud and consumer protection concerns that have been voiced by policymakers in the space,” he said. “In the longer-term, there probably is a very good case for creating regulatory architecture that is fit for purpose in the 21st century.”

Still, change in Washington often moves slowly. Federal lawmakers have spent years trying (and failing) to pass basic digital privacy legislation, while lagging behind Europe and many U.S. states. And several progressive groups say digital players like Amazon, Apple, Facebook and Google have amassed too much power because courts and regulators have relied on outdated interpretations of the law. Those companies say they face ample competition, however.

But the first step is to make sure policymakers are aware of the challenges to come, according to Tillemann.

“There are likely few areas that will be more consequential in determining long-term success of a country in the 21st century than the quality of its digital infrastructure,” he said. “And in the United States right now, we’re not only losing this race, but it’s unclear that many of our policymakers even recognize that there’s a competition underway.”

The debate this summer around a tax reporting requirement on the cryptocurrency industry in the infrastructure package did help bring the technology to lawmakers’ attention, however. Concerned constituents flooded lawmakers’ phone lines asking them to fix what they saw as problematic language in the bill that would unduly burden the industry.

But Tillemann said that web3 regulation is about much more than cryptocurrencies. It also includes discussions about non-fungible tokens (NFTs), internet connectivity and data storage.

“We should also recognize that this is much broader than simply digital assets,” Tillemann said. “This is about the future of the internet.”